Integra provides quick-turn and volume die prep to many customers. Here are some of our frequently asked questions:

Q:   What does Die Prep Encompass? 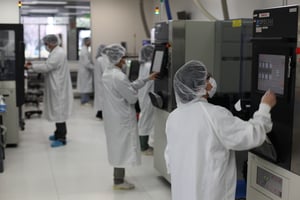 A:   Die prep encompasses all processes that take an IC from a wafer after test and into die form prior to assembly. Primary die prep processes are: Backgrind, Saw, Pick, and Inspection

Q:   What is wafer backgrind?

A:   Wafer thinning, or backgrind, is the process of removing material from the backside of a wafer to a desired final target thickness

Q:   What are the most common forms of backgrind?

A:   The most common methods of wafer thinning are mechanical grind, wet etch,  and chemical-mechanical planarization (CMP)

Q:   What kind of backgrind does Integra use?

Q:   What does microgrind or polish do to my wafer?

A:   Die strength and smoothness can be increased based on grit/slurry selection (increasing smoothness), while also decreasing warpage and subsurface damage 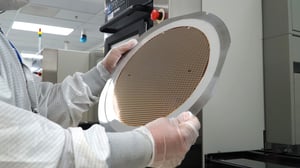 Q:   What are the most common types of wafer singulation?

A:   The most common methods of wafer singulation are mechanical dicing, laser dicing, scribe and break, and dice before grind (DBG)

Q:   What determines the best method for wafer singulation of my wafer?

A:   Material type, wafer thickness, and street width are the most critical factors in wafer singulation when determining the optimal process method

Q:   What are some keys when considering street widths of my wafer and subsequent dicing?

A:   The following are keys when considering Street Width

Q:   I have a multi-project wafer, what are some considerations?

A:   The following are considerations