Integra Technologies has more experience with PEM quals than any other test lab. The following are some of the frequently asked questions:
Q:  What is a PEM?

Q:  Why do companies use PEMs?

A:  The main reasons are

Q:  What are the potential concerns with PEMs in an Aerospace and Defense system?

A: The main potential concerns are:

A:  Typical failure modes are 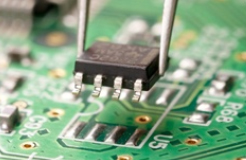 Q:  What are some key considerations in a PEM qual plan?

A:  Perform a detailed construction analysis or DPA on package before the qual. You will learn a lot of package weakness data before start of qual. Canned qual plans can be a good start but additional device specific information such as application and original data from the manufacturer will help.

Q:  What are some PEM qual plans?

Q:  What is an example of a PEM Qual Plan?

A:  The following is an example of a PEM Qual Plan


Have questions? Let us know: sales_inquiry@integra-tech.com